Frances, just graduating college, loses her boyfriend and then her family, as her parents split up and nearly disown Frances’s sister over her choice of fiance.

Yasha, just graduating high school, loses his single father when he dies of heart trouble while the two are traveling overseas.

Frances and Yasha are unknown to each other, but both wind up on an island in Lofoten, a small string of islands off the coast of Norway, nearly a hundred miles north of the arctic circle. Frances travels there for a summer artists colony opportunity she resurrects from her email trash folder. Yasha arrives to bury his father “at the top of the world,” away from civilization, following his last wishes.

The Sunlit Night is a novel that beautifully weaves together these two characters’ stories as they are stripped of the circumstances and context that define them and then as they feel their way forward toward reestablishing their sense of identity and direction. This self-discovery takes place among strangers, in a lonely land where the sun never sets. 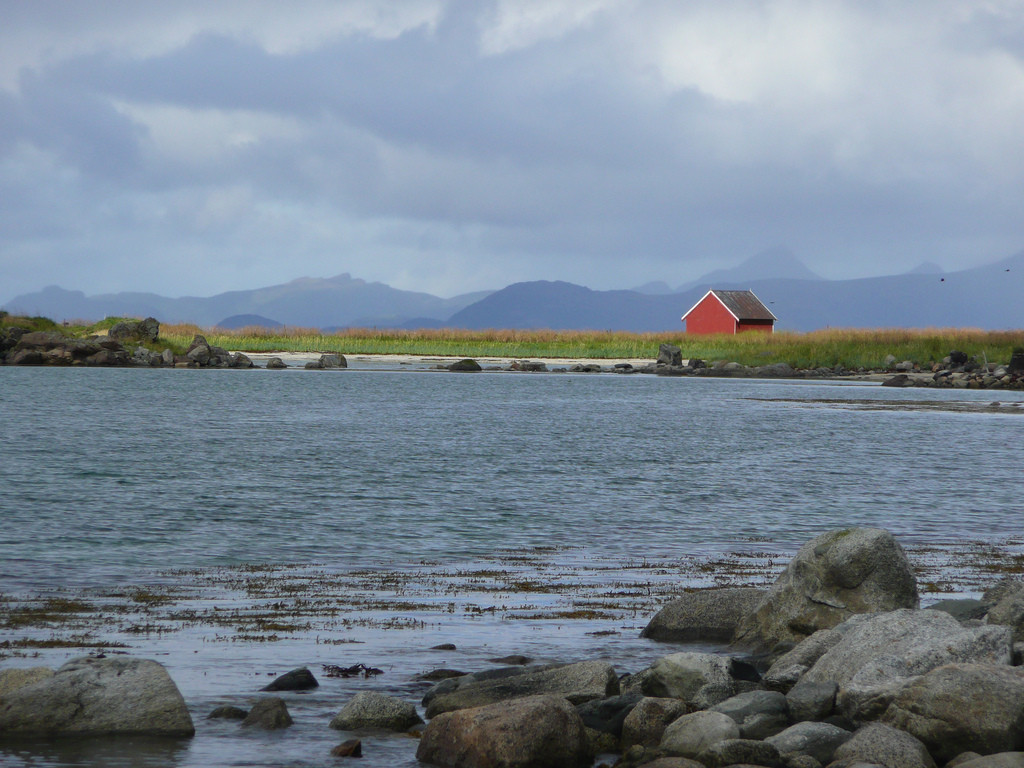 Frances tells her own story, while Yasha’s is told through narration. Their stories come through in lyrical yet matter-of-fact language. We watch them act without grand gestures. We hear them think their confused, unstructured, difficult thoughts. The effect is that we come to know Frances and Yasha clearly while they still feel hesitant and dispersed.

Since Frances is an artist, what she sees and describes is rich in meaning. While on the largely desolate island, the never-setting sun washes out the landscape. There are two moments of stark visual contrast in her initial days. The first is when a blacksmith helps her form an iron nail, and she holds it, black and sharp-edged, in her pale hand. The second is when Yasha first appears to her, a tall figure with dark hair and dark clothes. The rest of the contrast she witnesses is subtle, variations of a monochrome palette, like her artist mentor, Nils, chooses to works with.

Frances and Yasha, both New Yorkers, independently arrive in Lofoten and discover a place at once strange yet familiar enough. Their companions speak English well, the radio station plays Dolly Parton, and the parking lot of a supermarket is surprisingly full. With very little to work with — slender Nils, a family of sheep, sparse living quarters, a fellow New Yorker, foreign mythology, a burial — they begin to reestablish familiar context. At the same time, both consciously resist the pull to regress or to look for a way to return to a home that no longer exists. They want to find new connections that feel right to them. They also want to learn to be independent. They want to find new ways of being who they are.

Life before Lofoten, and in their initial days there, for both characters, is a rush, including the travel itself. Yasha must rush home after school to help man his father’s bakery. He chases down his mother. He and his father rush to Russia. He hurries north with his father’s casket. Frances rushes to get accepted to the artists colony, to help Nils elaborately paint an entire barn, to figure out what to do when Nils departs. Eventually, though, they realize all these the rushes have been unnecessary, and they learn to slow down. They arrive at endings that turn out to be beginnings, the way that one of their new companions, a burly museum director, describes the top of the world as going over the North Pole and on to Canada.

The Sunlit Night is what I love in a contemporary novel — terrific sentences from the very first one on, settings and language that take me somewhere new, an author with humanity and insight, and a story arc that is curved sharply enough to speed me through but gentle enough to maintain my feeling that these are real people in the same world as mine.

One thought on “REVIEW: ‘The Sunlit Night’ by Rebecca Dinerstein”